Recently the senior researcher at the National Institute of Advanced Industrial Science and Technology (AIST, Tsukuba, Ibaraki, Japan) Dr. Shiro Kawabata was visiting MIEM, HSE. The visit took place from 18 September to 5 October. Coordinator of the visit was the Associate Professor of the Electronic Engineering Departament Dr. A. S. Vasenko. September 22 Dr. Kawabata held a seminar in the scientific and educational group of Professor K. Yu Arutyunov on "Physics of superconductor – ferromagnet junctions". All students of the group attended this seminar. After the seminar, the students asked many questions to Dr. Kawabata. The report on the seminar, as well as the PDF-file of the presentation was published online at the group website.

Later on September 29 Dr. Kawabata spoke at the scientific seminar of the Academic Board of the Department of Electronic Engineering in MIEM. Shiro Kawabata told about the structure and functions of the Institute of Advanced Industrial Science and Technology and the main directions of research of the institute. After this interesting introduction, he spoke about the applications of superconductor-ferromagnet junctions in modern nano-electronics, in particular for the realization of qubits and microcoolers. The last part of Dr. Kawabata’s lecture was dedicated to the Japanese national project on superconducting quantum annealing, which he directed. This project aims to build a quantum computer in Japan, similar to the computer of D-wave company (Vancouver, Canada). The world is now experiencing a surge of interest in quantum annealing, and such programs are implemented in Japan, Canada, USA and China. A quantum computer built on the quantum annealing principle is generally used in solving logistics and optimization problems. It is worth mentioning that such companies as Google, NASA and Lockheed Martin have already acquired the modern model of D-wave quantum processor. In particular, a quantum D-wave computer has already been used to create the latest version of Android operating system and Google 3D glasses. This part of the lecture caused many questions as was expected. Many students and teachers came to ask Dr. Kawabata even after the main discussion.

At the end of his visit, Dr. Kawabata held several master classes with students of scientific and educational group of Professor Arutyunov and students performing coursework under Asocciate Professor Vasenko supervision. At the whiteboard, he told the students about the basics of quantum mechanics needed to understand simple quantum algorithms. For a number of students of Associate Professor Dr. Vasenko Dr. Kawabata agreed to become a co-supervisor. In these works, there will be considered modern quantum algorithms and will be carried out experiments on quantum 5-qubit IBM computer, access to which is now possible online at the website.

Dr. Kawabata has also discussed scientific cooperation with a number of scientists of the Department of Electronic Engineering. As a result of the joint work of Associate Professor A. S. Vasenko  and Dr. Shiro Kawabata a number of scientific publications in international journals is preparing. Department of Electronic Engineering hopes that Dr. Kawabata will visit MIEM in the next academic year. Shiro Kawabata also agreed to give a lecture course on quantum computing, quantum annealing and superconducting qubits for MIEM master students in 2017/2018 academic year.

Shiro Kawabata completed his doctorate in applied physics with theoretical study of quantum chaos in mesoscopic systems at Osaka City University in 1998. After that, he has joined in Electrotechnical Laboratory (ETL) as a researcher. In 2001, he moved to the Nanotechnology Research Institute in National Institute of Advanced Industrial Science and Technology (AIST), Japan. Currently he is a senior researcher in Nanoelectronics Research Institute, AIST. His main research field is theory of superconducting junction, spintronics, topological materials, and quantum information theory. Recently, he has been developed theory of entanglement in spintronics systems, macroscopic quantum phenomena in high-Tc Josephson junctions, THz radiation in intrinsic Josephson junctions, electron cooling based on SF junctions, and superconducting quantum metamaterials. He is now a project leader of the superconducting quantum annealing project in AIST. He was also stayed in University of Twente, the Netherlands (2006, 2011, 2015, 2016), Chalmers University of Technology, Sweden (2007-2008), Center of theoretical physics in CNRS-Marseille, France (2009), ILL-Grenoble, France (2011-2012), and LPMMC-Grenoble, France (2014) as a guest scientist as well as a visiting professor.

The National Institute of Advanced Industrial Science and Technology (AIST), one of the largest public research organizations in Japan, focuses on the creation and practical realization of technologies useful to Japanese industry and society, and on “bridging” the gap between innovative technological seeds and commercialization. For this, AIST is organized into 5 departments and 2 centers that bring together core technologies to exert its comprehensive strength. AIST, as a core and pioneering existence of the national innovation system, has about 2000 researchers doing research and development at 10 research bases across the country, based on the national strategies formulated with the changing environment involving innovation in mind. AIST is also actively building a global network by, for example, signing memorandam of understanding for comprehensive research cooperation (MOUs) with 30 major research institutes around the world. 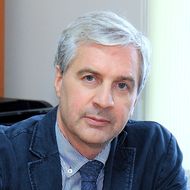 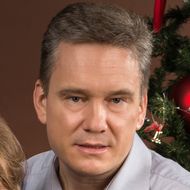