Golubev A., Kovtanyuk A., Lampe R.

A team of researchers of HSE University’s Tikhonov Moscow Institute of Electronics and Mathematics (Professor Lev Shchur, Assistant Professor Evgeny Burovsky, and doctoral student Maria Guskova), in collaboration with Prof. Wolfhard Janke (Leipzig University, Germany), has made a new discovery about the properties of classical Monte Carlo (MC) algorithms. The team identified an interesting connection between the properties of the algorithm used and the properties of statistical systems that are modeled using the algorithm. As it turns out, the acceptance rate in local Metropolis and heat-bath algorithms appear to be a linear function of internal energy of the used model. Moreover, the researchers were able to prove analytically that, for a one-dimensional (1D) Ising model, the acceptance rate of the Metropolis algorithm is a linear function of internal energy. This proved true not only for the thermodynamic limit, but for an arbitrary size of the system under study as well. A computational experiment demonstrated that, for all analyzed spin models with different types of interaction in any space dimensions, the linearity is performed around the phase transition point.
Research&Expertise achievements Reporting an event HSE Tikhonov Moscow Institute of Electronics and Mathematics (MIEM HSE)
September 21, 2019

Leading Universities and the Right to Award Academic Degrees

Last year, the Russian Federation gave leading universities the right to award their own academic degrees on a trial basis, and this prompted universities to create models for future implementation. What the new system will bring and what needs to be done in order to render it fully operational was the focus of the board meeting of the Association of Global Universities, held on February 12 at HSE.
Education Reporting an event academic degrees Global Universities
February 14, 2018 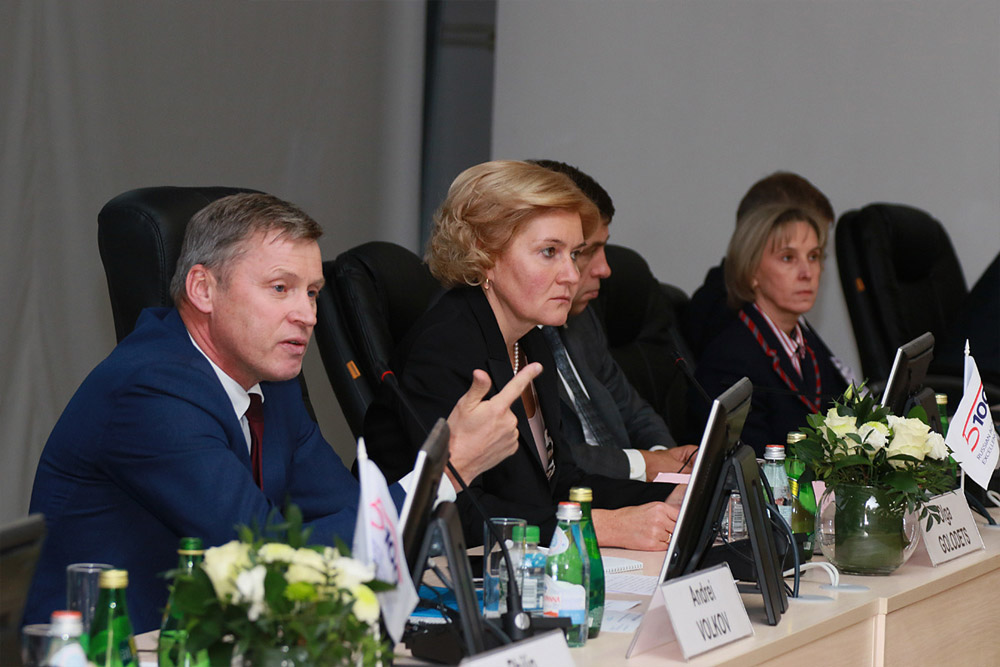 The Higher School of Economics was recognized as a leader among Project 5-100 universities following a recent session held by the Council on Competitiveness Enhancement of Leading Russian Universities among Global Research and Education Centers. The session took place in Yekaterinburg on October 27-28 and was chaired by Olga Golodets, Deputy Prime Minister of Russia.
Education Reporting an event Officially Project 5-100
October 28, 2017

Everyone has friends who like to play video games. But for some it’s more than just entertainment – it’s a professional sport that requires a lot of energy and time for training and participating in various contests. S people are called cybersportsmen, and this movement is becoming more popular in Russia. High School Sports media project with the support of MIEM administration held the first HSE cybersport tournament ‘Cyber HSE’.
Education Reporting an event video games
December 21, 2015